It is indeed incredible that the tiny island of Jamaica has produced so many gifted and world-recognized individuals: artists, scholars, and athletes. Some claim that the gifts of the country’s most well-known residents are due to the water, others the food—the success, for instance, of a Jamaican Olympian champion and world record holder athlete was attributed to Jamaica’s Trelawny yam! So many Jamaicans have excelled abroad, and their remarkable success should not be taken for granted, especially when one thinks of the tremendous sacrifices Jamaicans often endure in order to accomplish their goals.

Consider the many successful Jamaicans who have emerged to the USA after having left family and friends behind, and adjusting to the weather, the enormity of America, its complexities and cultural differences, to then burst out on the scene to success and acclaim in the wealthiest and most advanced country in the world is an extraordinary task. 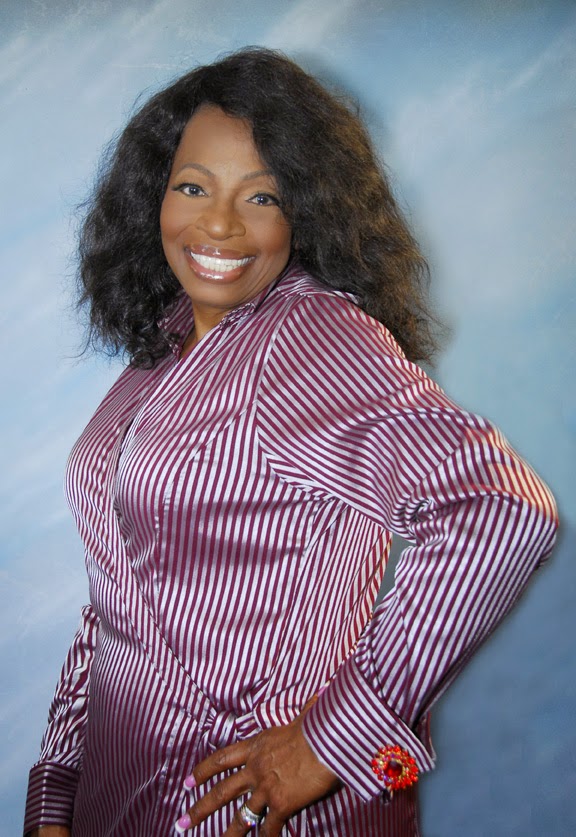 The life and work of Eleanor Riley is one such shining example of a humble, rural Jamaican girl who left her homeland at age 20 to find great success in the United States. Filled with the dreams of a young lady, she set out for the USA leaving eight siblings behind in rural May Pen, Clarendon. The separation must have been devastating for her parents, Edison St. Verlie and Gwendolyn Ridgeway, as they so heavily relied on their second child to be a leader and example for her seven younger siblings. The loss was experienced not only by her parents, but by the wider community; as she was a very active member of many auxiliaries, both the junior and senior choirs of The Church of the First Born, in Clarendon, Jamaica.

Despite singing occasional solos at various functions throughout the island, Eleanor craved for a greater audience for her singing. She wanted more than the security of home, loving parents, brothers and sisters. Therefore when the opportunity presented itself, she emigrated to the USA to face the daunting challenges of New York City: its winters, and its hustle and bustle.

Sister Riley, as she is referred to, was not daunted by the many setbacks she first encountered on arrival in the USA. She was on a mission, and her strong religious faith was to pull her out of many an adversity; as a result, it allowed her to share her gift of a beautiful singing voice with thousands.

As if fate had ordained her passage to success, and determined that she would need a strong and dynamic partner in life, years of being a friend and confident turned into falling in love, Eleanor and Cecil Riley married 7 years later. Together, they founded the Freedom Hall Church of God in Brooklyn, New York. The work of that Brooklyn church has been recognized by several prominent social workers, human rights activists, and politicians (notably, President Bill Clinton) for providing not only spiritual enrichment, but community service, to many thousands of West Indian immigrants. The work of this church has not been confined to the United States. As the years have passed, the church has also become active in Canada, England and the eastern Caribbean. Eleanor has therefore been able to use these international platforms to reach out in song, inspiring many hundreds of listeners and admirers with powerful gospel music.

After several years of a fruitful singing ministry, in October 1998, Eleanor recorded her debut album, From the Setback, as a songwriter and soloist. The title song by Eleanor still catches the attention of many who have triumphed after experiencing setbacks in life.

Bolstered by the success of her first album, Eleanor then produced several others: Christmas at Home with Eleanor, Taste the Victory, Flying Higher, My Story, From My Heart, Goodness and Mercy, Watch the Lamb, Be Happy, Best of Eleanor: Unchanged, and her latest released “Arise”! Not merely content with spreading the Word through song, she authored her first book, “Rungs on My Ladder”, which has been endorsed as a must read for all!

Eleanor has also found time to gain a Bachelor’s Degree in Theology and Musicology and is also the proud mother of two very gifted girls, Elizabeth and Esther. Demonstrating her love and care for others, in 1998, Eleanor launched the Healing Touch Foundation Ministry in the Eastern Caribbean to help victims of kidney disease.

In addition to continuously traveling and spreading the gospel worldwide, yet another mission had been placed on the heart of Eleanor. In 2004, ‘Tea and Talk with Eleanor: 100 Women in Black’ began. This event was created to give women a place where they could talk about issues that only women could relate to, learn from each other and build a better sense of self. Because community outreach holds a special place in Eleanor’s heart, she reached out to local police precincts across the borough of Brooklyn acquiring names of exemplary female police officers who worked the beat, and Transit, to honor them for their services in protecting and serving the community.

Jamaica has truly produced another daughter of greatness: the United States, and indeed the world, has been the richer for her relationship with God and her relentless drive to reach others for the Kingdom.
Email ThisBlogThis!Share to TwitterShare to FacebookShare to Pinterest
Home
Subscribe to: Posts (Atom)

Other places to find me!